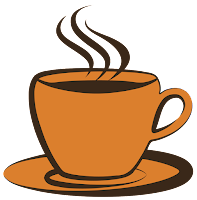 Guatemala produced 204,000,000 kilograms of coffee beans in 2015, and their production numbers have remained fairly consistent over the past few years. Coffee beans are most abundant in Guatemala in years where the temperature hovers between 16 and 32°C, and at altitudes between 500 and 5,000 metres above sea level. Guatemala was Central America's top producers till it was overtaken by Honduras in 2011.
Guatemala came into the coffee game predominantly to find an export to replace indigo and cochineal, two of their early exports that were rendered useless once chemical dyes were invented in the 1800s. At the time, the government began a policy of support for the industry by offering trade and tax benefits. In the 1960's the government further pushed for greater global demand for Guatemalan coffee through the establishment of Anacafé (Asociación Nacional del Café), a marketing association which, to this day, continues to promote the nation's coffee products worldwide.

In 2015, Mexico produced over 234,000,000 kilograms of coffee beans. The nation predominantly produces high quality Arabica beans grown in the coastal regions near the border of Guatemala and is responsible for majority of U.S. coffee imports.
In the 1990s there was a crisis in Mexico's coffee production, as the International Coffee Agreement was dismantled and worldwide coffee prices and export quotas were no longer strictly controlled, leading to an inability for Mexico to compete in the global market. This decline in coffee prices and production led to lost income and social issues throughout the nation of Mexico. While coffee production declined over the 90s and into the 2000s, steady demand from the United States has led to a recovery in the Mexican coffee market, from an all time low of 1.7 million bags (60 kg) in 2005, to 4.0 million in 2014.

While Uganda may not come to mind when you think of coffee production, at 285,300,000 kilograms produced in 2015, it is the Central African nation's top-earning export. It has moved past Mexico in 2015 to become the 8th largest producer of coffee. The nation grows both Robusta beans – a crop native to the Kibale forest area – as well as Arabica beans from nearby Ethiopia.

Coffee is a vital part of the Ugandan economy, with a large portion of the population working in coffee related industries. Coffee production was initially a reasonably unsuccessful state-controlled sector, however, after government privatization in 1991, a strong revival of the sector was seen, leading to a 5100% increase in production since 1989. However, the government does still exert control on the industry, with flow out of the country controlled by the Uganda Coffee Development Authority 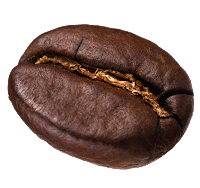 Honduras produced 345,000,000 kilograms of coffee in 2015, almost matching its peak crop from 2011's crop of 354,180 kilos. It has since 2011 become Central America's top coffee producer. They still face problems attributed to a lack of national branding – while most people recognize Colombian or Ethiopian coffee, beans from Honduras are mainly used in blends and are therefore less recognizable to the average consumer.
However, coffee remains a vital part of the Honduran economy; it is the largest producer in Central America, the coffee industry continually provides employment and revenue for a large part of the population, and it likely kept the nation's economy afloat during the 2009 political crisis and coup d'état.

While India may not be the first nation that comes to mind when it comes to coffee production, they produced 349,980,000 kilograms of beans in 2015. Not just any region of the diverse nation is suited for coffee production, the majority of growing is done in the hilly tracts of South Indian states. The beans are grown by small growers in monsoon rainfall conditions, and often planted alongside spices such as cardamom and cinnamon, which gives the coffee a spicy taste and aroma. In 2004, Indian Coffee brand Tata won 3 gold medals at the Grand Cus De Cafe Competition.
As might be expected, coffee isn't the most popular beverage in the country of 1.25 billion people, this title goes to tea. As such, 80% of India's coffee production is bound for export purposes, with the main buyers being Europe and Russia.

Ethiopia produces large volumes of coffee beans every year, with 384,000,000 kilograms in 2015 alone. Ethiopia is the geographic home of Arabica coffee, the most popular beans worldwide. It is no small part of their economy – over 28% of Ethiopia's yearly exports are a result of coffee – and it is estimated that 15 million citizens are employed in coffee production.
Ethiopia has a very rich coffee culture. For over 1100 years, beans with a stimulating effect have been noted in the nation by unlucky farmers and shepherds whose herds happened to eat them. Since domestication of the plant and the beginning of farming the coffee bean, regional variants of the Arabica bean have been developed, each with their own characteristic name and taste. The Harar, Limu, Sidamo, and Yirgacheffe beans are all trademarked varieties of the Arabica bean, with the rights owned and protected by the government of Ethiopia.

Though they may not be as internationally known as a top producer, the nation of Indonesia produced over 660,000,000 kilograms of coffee beans in 2015. Indonesia has opted for a quantity over quality method, as the climate is better suited for the production of lower-quality Robusta beans (less valued than the Arabica beans that come from nations like Brazil and Colombia) but it has an ideal geographical location for coffee plantation, as it is near the equator and has numerous mountainous regions that are well suited for

coffee production. Coffee production was introduced to Indonesia by Dutch colonists and production continued on after colonization as Indonesia's climate is well suited for the plant. Coffee plantations currently cover over 1 million hectares of Indonesia's territory, with over 90% of the cropland being worked by small-scale producers.

One high quality coffee that Indonesia is famous for is Kopi Luwak, an expensive bean that has a unique production method. The palm civit, a cat like animal which lives in the jungles of South East Asia, eats the raw coffee berries yet cannot process the hard beans on the inside of the berry. The digestive juices of the civit partially break down the bean, and upon defecation the "deposits" are collected, cleaned, and sold as Kopi Luwak beans. Think that's weird? Because only 500kg of the "Cat Poop Coffee" is produced per year, a cup of coffee brewed from these beans can sell for up to $80

Colombian coffee is famous worldwide, perhaps partially due to the well-known advertisements for the National Federation of Coffee Growers of Colombia which featured a character named Juan Valdez. However, climate has recently been playing a negative role in Colombian coffee production. Between 1980 and 2010, temperatures have slowly risen, as has precipitation, both factors that jeopardize the climate requirements necessary to produce the type of bean favored in Colombia. It was traditionally second to Brazil for coffee production but has moved to third due the rapidly expanding production of Vietnam. Even with the effect of climate, it has an output of 810,000,000 kilograms of coffee beans in 2015, Colombia remains a key player in the international coffee game.

While many are familiar with Vietnamese coffee, a signature drink where the coffee is mixed with sweetened condensed milk, Vietnam is the second largest coffee producing nation in the world – 1,650,000,000 kilograms in 2015 alone. While there was understandably a hiatus during and after the Vietnam war, coffee remained a huge part of the Vietnamese economy, with the only greater export rice being rice. Vietnam rapid expansion in coffee production which was only 6,000 tons in 1975 and now is almost 2 million has moved them to second place.

While Brazil is perceived as the leading exporter of gorgeous models, they also are the undisputed largest coffee-producing nation in the world. In 2014, Brazil produced a staggering 2,594,100,000 kilograms of coffee beans. It is not a new development, as Brazil has been the highest global producer of coffee beans for over 150 years.
Coffee plantations cover about 27,000 square kilometers of Brazil with the majority located in Minas Gerais, Sao Paulo, and Parana, three southeastern states where the climate and temperature are ideal for coffee production. Brazil also distinguishes itself from other coffee producing nations in that Brazilians process coffee with the dry process (unwashed coffee), where the coffee cherries are dried in the sun rather than washed in a wet process.