With 730hp from a twin-turbo V12 and a top-speed of 225.19mph, the Brabus CLS Rocket is currently the world’s fastest legal sedan. 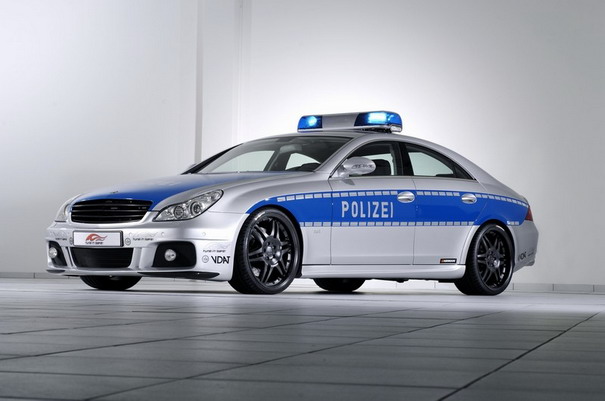 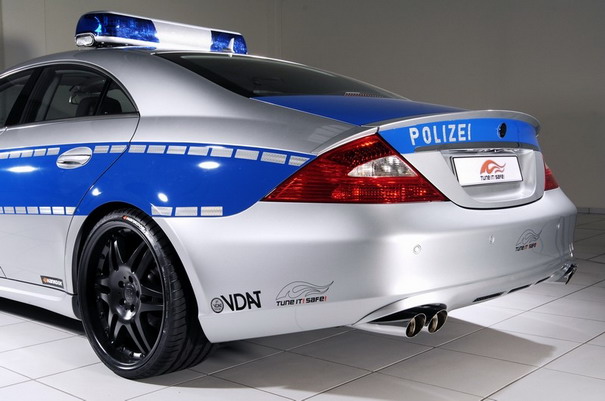 The Porsche 911 Carrera S has been extensively modified by TechArt for its role as a police car. With a 6 cylinder engine and 500hp it’s capable of over 186 mph and sprinting to 60 mph in just 4.6 seconds. 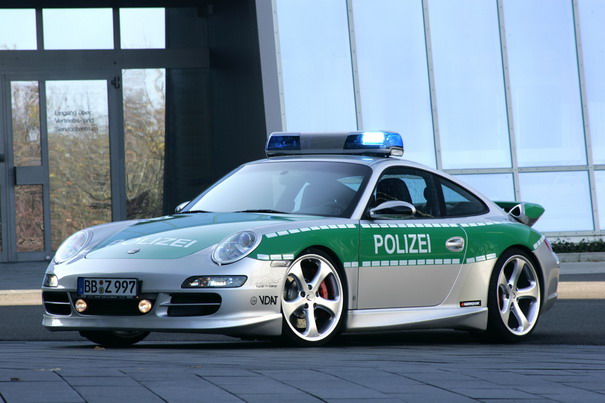 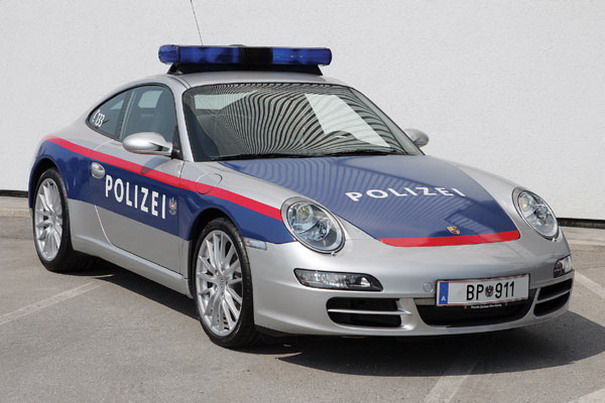 
Lamborghini donated one of these beauties to the Italian Police back in 2004. They probably liked it as they purchased another one a year later for around $166,000. Top speed: 190mph. Powered by a 5 liter V10 with 500hp. 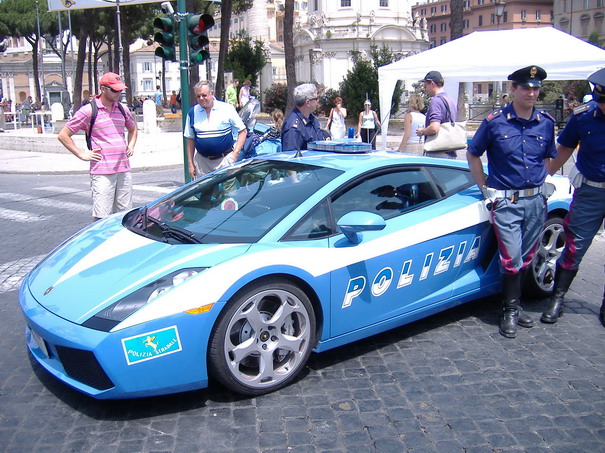 Similar to the Italian Police Gallardo, just with a crappy paint job 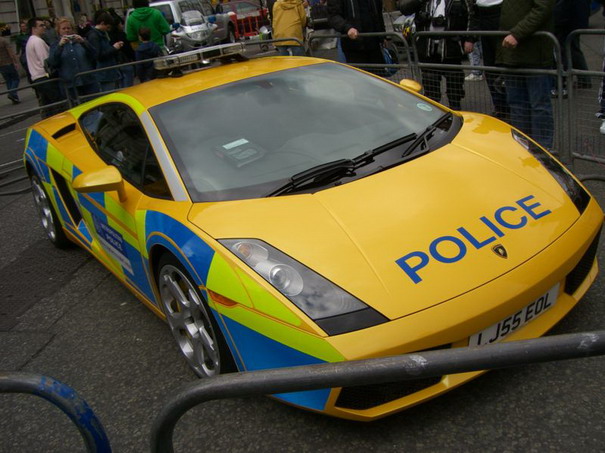 If there’s one thing you can take away from this list, it’s that you shouldn’t mess with the Dubai Police Department. This all-wheel drive Ferrari FF was modified specifically for Dubai’s boys in blue (or green and beige, actually), and can hit searing speeds of 208 miles per hour, and jump to 60 in just 3.7 seconds. The FF may be one of many, many supercars used by the Dubai PD, but this is the only one driven exclusively by female officers. It was added to the Dubai PD’s fleet in the spring of 2013, and adds even more teeth to the police’s supercar supply.

The Dubai Police decided that what they already had in stock just wasn’t enough, so they decided to go and get themselves the second-fastest car in the world, the Bugatti Veyron. While the Dubai police could overtake almost everything on the road, they apparently need a car that take down anything. Capable of speeds up to 268 miles per hour and hitting 60 miles per hour from zero in just 2.5 seconds, there’s no way anything can get out of the Veyron’s grasp – unless a Hennessey Venom GT shows up. It set the police department back a cool $1.6 million, but hey, it’s Dubai! 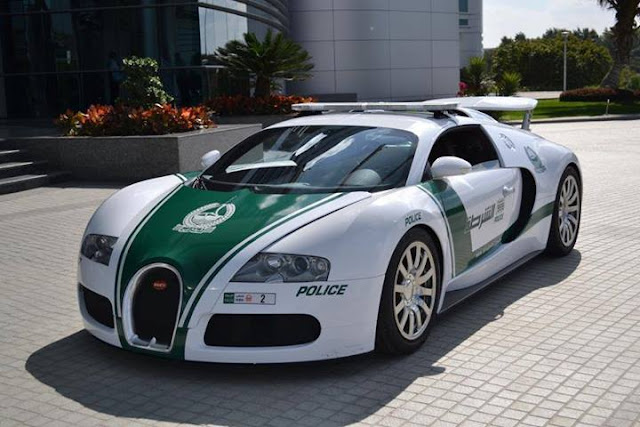 Yet another Gallardo with a better paint job than the British version. The nearly $200,000 car was loaned to the authorities by a local Lamborghini importer to use it as an “attention-getting device” to control traffic. 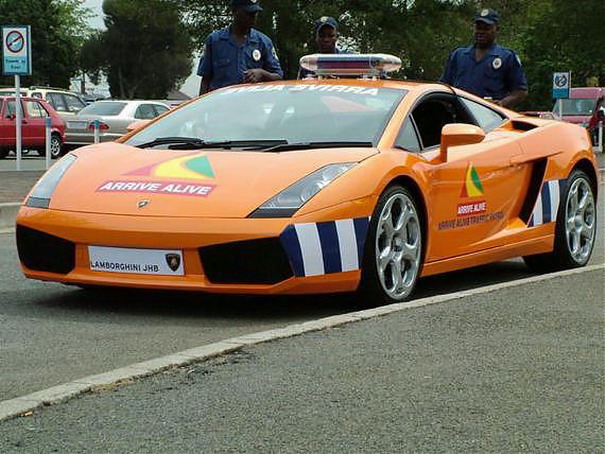 Another ‘safety-message’ stunt saw this Caparo T1 liveried up as a police car. But just imagine if it really was a police pursuit vehicle. Assuming it didn’t become on fire, you’d have NO chance of escaping. 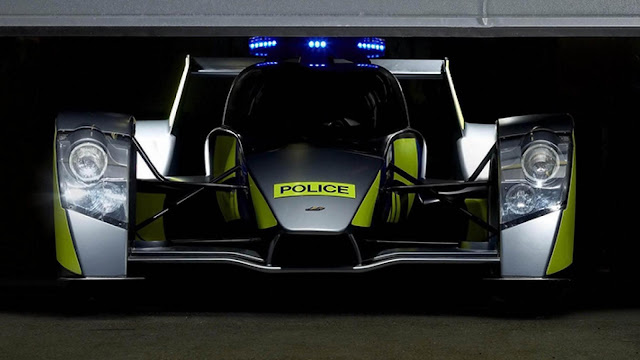 This HSV is a tyre-shredding, police-liveried loon, delivered to the officers of the New South Wales police department, and funded by the NSW Centre for Road Safety. Though - as with many of the cars on this list - it’s more of a ‘message car’ than an actual highway patrol/pursuit vehicle. Though if you see it on the road, don’t be mistaken: there are still REAL POLICE OFFICERS hiding it inside, who won’t hesitate to floor it if you break the law… 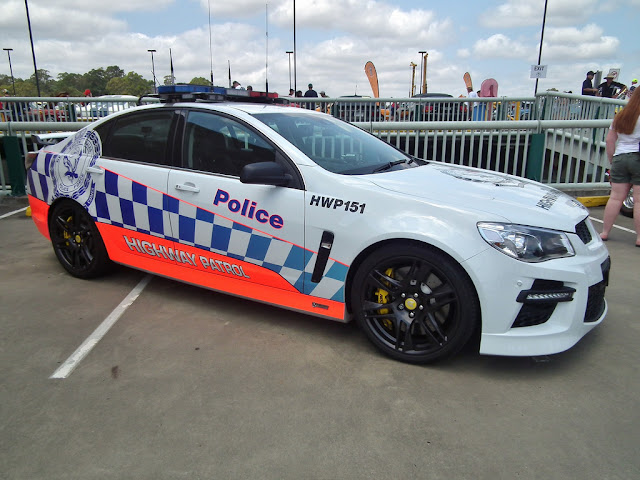 Jaguar is a generally underestimated car and is mis-perceived by many around the world as being a more luxurious type of car, fit for the average day to day businessmen. The RCMP (Royal Canadian Mounted Police) found a great deal of potential in the Jaguar S as it’s another species of Jaguar on its own come to think about it, due to boasting that 3.0 Liter fuel injected V6 under the hood which spells an exceptional amount of power which cab push around 238 Horse Power and will sure come in handy when dealing with those petty usual day to day pull overs. Luckily for Canada though, car chases of extreme kinds happen very seldom. This is among the best police cars and is somewhat ideal in this case as nobody would want to smash a beautifully crafted Lamborghini police car and loose its stallion shape to a regular day to day bumper car accident so a Jaguar would be fit take the repairable damage in most cases. Jaguar sure does live up to its name as the wild cat badge mounted on the bonnet wood suggest as this is definitely a car that’s built for the chase. 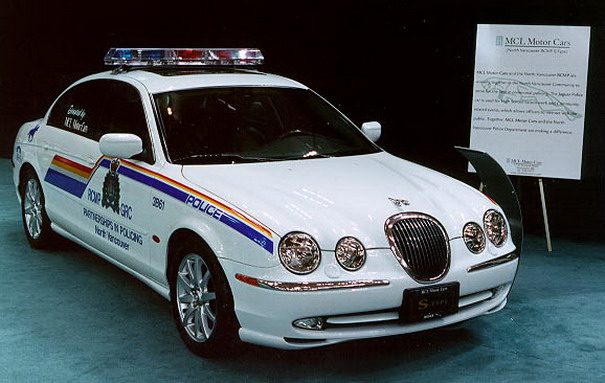