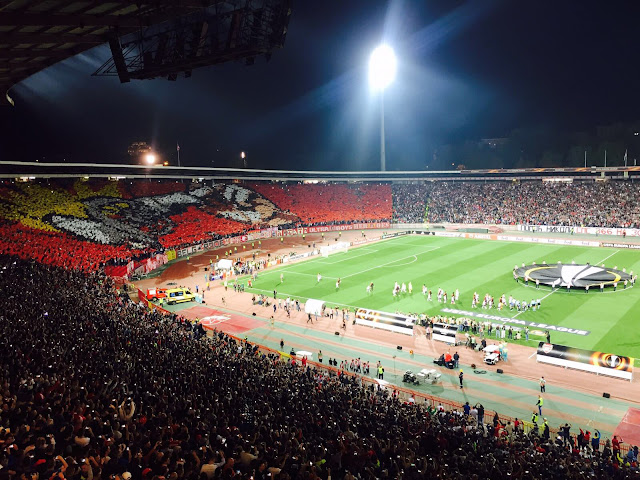 How about this for a test of Arsenal’s “cojones”? Stepping into the furnace of one of Europe’s most intimidating venues, with a collection of kids and first-team misfits, they emerged with three of the most satisfying points to provide the strongest answer to the criticism that has poured down on them since their pitiful defeat at Watford.
In many ways, winning in this manner will taste sweeter than if they had cruised to a three-goal victory. Arsenal had something to prove tonight: they had to dig deep, to show their mettle. They duly did just that, eventually claiming all three points through a stunning overhead kick from Olivier Giroud.
Jack Wilshere said Watford captain Troy Deeney was wrong to question Arsenal’s character in the aftermath of their meltdown at Vicarage Road. Deeney was not the first to do so, and will not be the last, but here was a statement of intent from Wenger’s side that will surely restore some much-needed faith across the club.
And what a valuable experience this would have been for the likes of Joe Willock, Ainsley Maitland-Niles and the brilliant Reiss Nelson, who shone from right wing-back. There will also be encouragement from the performances of Mathieu Debuchy, making his first appearance since November 2016, and Wilshere, who continues to impress whenever he plays.
The thumping, jumping Rajko Mitic Stadium, nicknamed the ‘Marakana’ for its febrile atmosphere, was ready for the occasion almost an hour before kick-off. Red Star’s glory years, which included a European Cup triumph in 1991, have long since passed, so the club were not going to pass up on a welcome opportunity to remind a modern-day European giant what Serbian football - and its fans - can still produce.

February 27, 2017
The Second World War was arguably the most significant period of the 20th century. It brought about major leaps in technology and laid the groundwork that permitted post-war social changes including the end of European colonialism, the civil rights movement in the United States, and the modern women’s rights movement, as well as the programs for exploring outer space. The primary combatants were the Axis nations (Nazi Germany, Facist Italy, Imperial Japan and their smaller allies) and the Allied nations, led by Britain (and its Commonwealth nations), the Union of Soviet Socialist Republics and the United States of America. The Allies were the victors. Two superpowers, the USA and USSR, emerged from World War II to begin a Cold War with each other that would define much of the rest of the century. Canada produced more trucks than Germany , Italy and Japan COMBINED .   For every aircraft shot down in battle, another aircraft was lost due to a accident.
Post a Comment
Read more

Top 10 Countries That Disappeared In The 20th Century

November 10, 2016
New nations seem to pop up with alarming regularity. At the start of the 20th century, there were only a few dozen independent sovereign states on the planet; today, there are nearly 200! Once a nation is established, they tend to stick around for awhile, so a nation disappearing is quite uncommon. It’s only occurred a handful of times in the last century. But when they do, they completely vanish off the face of the globe: government, flag, and all. Here then, in no particular order, are the top ten countries that had their moment in the sun but are, alas, no more.     10. East Germany, 1949-1990 East Germany , formally the German Democratic Republic or GDR ( German : Deutsche Demokratische Republik or DDR ), was a state in the Eastern Bloc during the Cold War period. From 1949 to 1990, it administered the region of Germany that was occupied by Soviet forces at the end of World War II —the Soviet Occupation Zone of the Potsdam Agreement , bounded on th
Post a Comment
Read more